Our past and ongoing projects include:

Since our inception in 2006, we have built/rebuilt nine schools. We recently built a primary school in Solima village in the Kanchenjunga region. 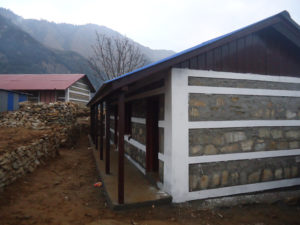 Below is a list of schools we have built or *helped rebuild:

*Below are a couple photos of the old school and the students at Solima. 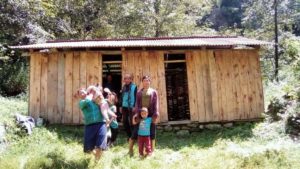 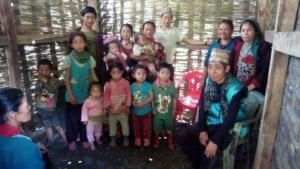 These schools use this fund to provide micro loans to local villagers for between 24-36% p/a. The interest is used to pay the teacher’s salary. The fund remains intact.

We also provide the salary for a teacher at the Shree Simha Devi Lower Secondary School in Gorkha district.

3) SUPPORT THE EDUCATION OF GIRLS IN KATHMANDU:

We currently sponsor the education of Elvisha Thapa, Maya Gurung and Ash Maya Gurung. We will continue to support and sponsor their education through high school and maybe further. 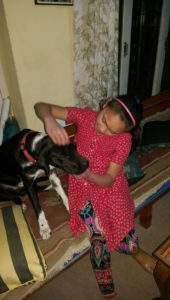 Maya Gurung currently lives with Jwalant’s family and goes to a English medium school in Kathmandu. She is a victim of the devastating April 2015 earthquake that ravaged many parts of Nepal.

Below are a couple links to Maya’s story written by CNN journalist, Moni Basu. 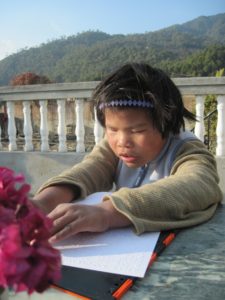 Ash Maya Gurung was born in a small village in Gorkha district. She lost her sight when she was a baby and was brought to Kathmandu for treatment albeit too late. She now attends a special boarding school in Kathmandu. 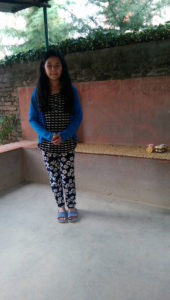 “Elshiva’s  father was desperate to get his daughter an education and heard about a boarding school in Kathmandu that might be able to take her in at a reduced cost.  After scraping together some funds by selling a small parcel of family land he took the almost 20 hour bus ride with Elshiva to the capital.  After six months, the money from the land ran out for Elshiva’s schooling and room and board, and there was no more land to sell. 3 Summits came to her aid and has been able to help Elshiva continue her education in Kathmandu, where she is now receiving top marks. Her family is immeasurably proud of her and feel that not only will her future now be secure, but now theirs will too.”

We have provided support to the Kumari Project, Mitrata Home, Hopeful Home and the Sarva Asraya Home.

5) REBUILD HOMES DESTROYED BY THE EARTHQUAKE:

Within two years of the destruction caused by the 2015 earthquake, we coordinated the rebuilding of at least 50 homes. On February 2019, with the help of a Sierra Club trekking group, we built two more homes. We hope to build two more in February 2021.

Feel free to write to us for detailed information on the above.

Where the Money Goes